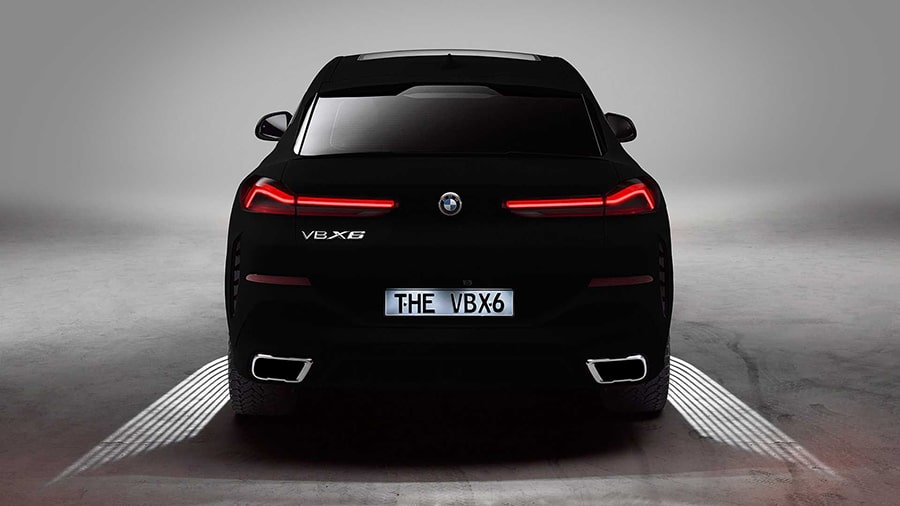 The Vantablack BMW X6 is the Darkest Car in the World

Think of a material that is so dark that it absorbs almost all of the light in the visible spectrum, completely masking any details or distinguishing elements in the scene. If you use a brand new Vantablack BMW X6 as your canvas, the results are not only impressive but unique.

The Discovery of Vantablack

We found a new material, Vantablack, that is unusual for one very specific reason: it is the darkest substance ever made by humans. BMW has coated a brand new BMW X6 with Vantablack color is the world’s darkest color for black, making it the “darkest car in the world.” This material has previously been used on structures. This ends up being a great outcome and this made it the blackest car in the world.

The rear of the 2020 BMW X6 slopes downward, giving it a coupe-like profile; the vehicle is offered in both rear-drive sDrive40i and all-wheel-drive xDrive40i configurations. Both are powered by a 3.0L inline-six turbocharged engine that generates 335 HP (249 kW) and 330 lb-ft (447 Nm) of power. To achieve 60 mph (96 km/h), the sDrive model needs 5.2 seconds, while the xDrive variant needs 5.3 seconds.

Because the Vantablack coating of the 2020 BMW X6 absorbs more than 99 per cent of visible light and entirely eliminates reflections, the sport utility vehicle seems to be a flat, two-dimensional surface.

The BMW X6 was shown at the 2019 Frankfurt Motor Show as the world’s first Vantablack coated car, the result of a collaboration between BMW, Surrey NanoSystems, and Levitation 29. It is being released with the third-generation Vantablack BMW X6, also known as the BMW VBX6.

Because they absorb more than 99 per cent of visible light and almost entirely eliminate reflections, Vantablack coatings have earned a reputation as the world’s blackest materials. BMW’s goal with this Vantablack paint car was just to hide the new X6’s design in a creative way, instead of using camouflage or decals, which are more common ways to hide cars.

BMW showcases the Vantablack X6 to mark the debut of the latest generation of the vehicle. When the human eye looks at a surface that has been coated with a Vantablack VBx2 coating, the items on the surface will seem two-dimensional, in a manner that is analogous to looking into a hole or even a vacuum. This causes the surface to lose its distinguishing characteristics. Therefore, the BMW X6’s coating conceals the SUV’s lines while concealing the vehicle’s identifying features like the Iconic Glow kidney grille, dual headlights, and dramatic LED tail lamps.

There are now more options available to designers thanks to Vantablack VBx2. Instead of focusing on the surface of the lines, we tend to focus on the silhouette or the proportions. Without any other coatings to compete with light and reflections, the Vantablack VBx2 coating brings attention to these essential features of vehicle design. 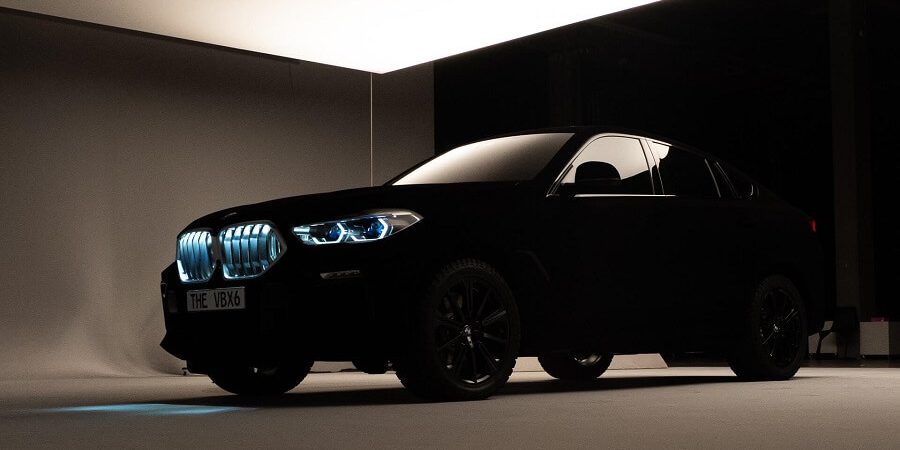 The 2020 BMW X6 with its darkest black car paint is the first car ever to be painted with Vantablack VBx2, and the car’s design allows for interesting contrasts to counteract the Vantablack VBx2, changing the way onlookers see the car in three dimensions. According to Ben Jensen, the developer of Vantablack and founder of Surrey NanoSystems, the merely one percent reflectivity of the VBx2 offers enough of a hint of form to emphasise the expressive and precise design language as well as the confident, dominating, and muscular look of the new BMW X6.

The Vantablack technology, however, was originally created for the purpose of covering components that would be used in space. Coating optical components with Vantablack allows for the study of dim stars and distant galaxies that would otherwise be obscured by stray light from the sun, since Vantablack can be applied at temperatures as low as 430 degrees Celsius, making it ideal for sensitive materials like aluminium. Vantablack, first presented by Surrey NanoSystems in 2014, has the ability to absorb up to 99.965 percent of light, eliminating reflection and stray light.

Since starting to collaborate with one another the year before, Surrey NanoSystems and Levitation 29, a creative agency, have developed a number of high-profile world firsts. These include a blackout house for Activision’s Call of Duty as well as a 40-foot-high Vantablack monolith at the Coachella music festival. BMW X series spokesman Christophe Koenig came up with the new Vantablack concept. The X6’s designer, Hussein Al-Attar, collaborated with the Levitation 29 team throughout development to provide cutting-edge innovations. 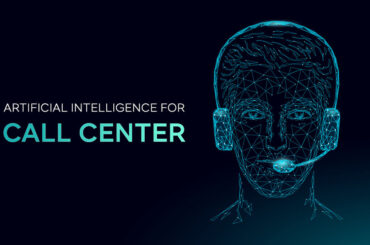 The Importance of Artificial Intelligence in Call Centers 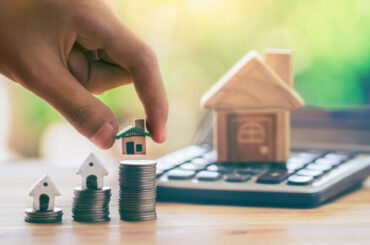 What Does a Real Estate Investment Company Do? 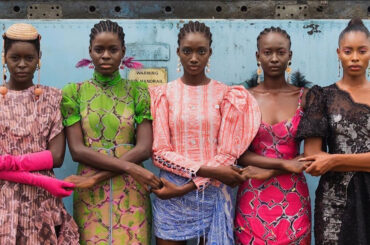 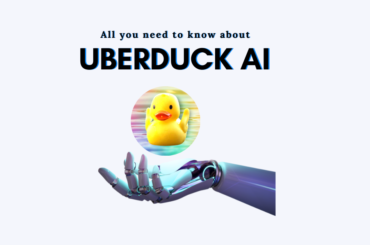 Everything You Need to Know About UberDuck AI